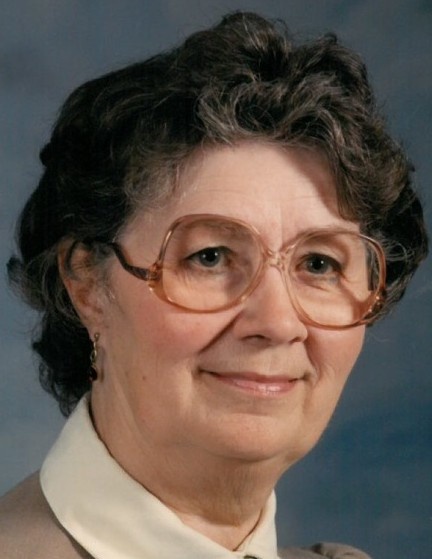 Alda Jean (Sutherland) Brugler, age 95, of Zanesfield, Ohio passed away Thursday, May 21, 2020 at the  Urbana Health and Rehab Center in Urbana, Ohio.

She was born in Ridgeway, Ohio June 19, 1924, the daughter of the late Harry and Rita (Williams) Sutherland.  She was also preceded in death by two daughters, Rita Ann Larson and Mary LoBianco along with two infants and a grandson, Toby Brugler.

Jean graduated from Rushsylvania in 1942 and later was the first secretary at the Ohio Hi Point Joint Vocational School where she retired after sixteen years.  She was a longtime member of the Zanesfield United Methodist Church where she taught Sunday school in both elementary and adult classes for several years.  She also was part of the United Methodist Women and was a district officer for eight years.  She was an avid reader until her vision did not allow her to read anymore.  She loved working in her flower beds and she loved her Shih Tzu dog Itty Bit, who was always at her side.

Her son, Rev. Ronald Brugler will officiate a private family funeral service and burial will be at the Rushsylvania Cemetery.

The staff of the Eichholtz Daring & Sanford Funeral Home & Cremation Center in Bellefontaine is honored to serve the Brugler family.

To order memorial trees or send flowers to the family in memory of Alda Jean Brugler, please visit our flower store.
Send a Sympathy Card