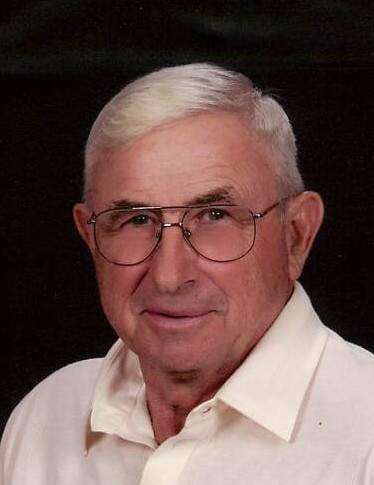 Our hearts are heavy as we mourn the loss of a very great and Godly man. Alvin R. (Dick) Whitehead, born June 18, 1936, a son of Wilmot and Grace Dickson Whitehead passed away December 16, 2020, at St. Rita's Medical Center in Lima, Ohio.

Dick graduated from Huntsville High School and Wilmington College. He retired as a Captain from the Ohio State Highway Patrol in 1988.  He was a hard-working, talented man who mastered many skills.  He enjoyed helping on the Miller family farm in Logan County as well as mechanical and carpentry work.  He rebuilt cars, restored antique cars and built his own home.  He also ran a custom mowing business in Dublin.

He was generous, loved people and was available to help whenever he was needed. He and his wife liked to travel and took each of their grandchildren on a trip when they were in the eighth grade.  They took their adult children to Israel.

He fought against injustices and loved to tell a good story.  He will be greatly missed.

Pastor Carolyn Christman will officiate a memorial service for Dick, on his birthday, Friday, June 18, 2021 at 2 p.m. at the Middleburg United Methodist Church.

The staff of the Eichholtz Daring & Sanford Funeral Home & Cremation Center in Bellefontaine, Ohio is honored to serve the Whitehead family.

To order memorial trees or send flowers to the family in memory of Alvin Richard Whitehead, please visit our flower store.