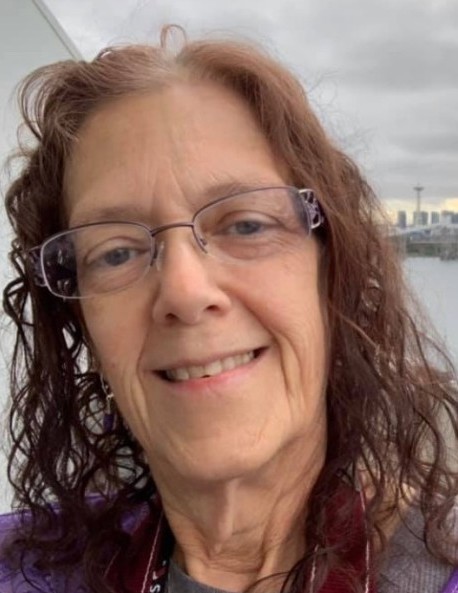 Amy Wildermuth, age 61, of Maplewood, Ohio passed away peacefully at 1:03 p.m. Saturday, March 21, 2020 at her home following a long battle with breast cancer.

She was born July 1, 1958 in Minot, North Dakota, a daughter of the late Rayman and Lucille (Busek) Moffitt. In addition to her parents, Amy was also preceded in death by a brother-in-law, Dan Johnson.

On June 28, 1985, Amy married Michael Wildermuth at Andrews Air Force Base in Maryland and he survives in Maplewood, along with their son, Stephen (Angelica) Wildermuth of Maplewood; a granddaughter, Camila Wildermuth; two sisters, Mary Joanne Johnson of Minot, North Dakota and Beverly (Ted) Drader of Sheridan, Oregon; a brother, Bruce (Tammy) Moffitt of Fargo, North Dakota and many nieces and nephews.

Amy served her country in the United States Air Force from 1982 to 1986, and was a proud member of the Presidential Support Group at Andrews Air Force Base in Maryland. She worked as a transcriptionist and I.T. Manager at the Orthopedic Institute of Ohio in Lima for twenty one years. Amy was also a yoga instructor who enjoyed traveling and most especially spending time with her granddaughter.

The family will receive friends from 5 to 7 p.m. Wednesday, March 25, 2020 at the Eichholtz Daring & Sanford Funeral Home in Jackson Center, Ohio.

Chaplain Angela Barfield will officiate the funeral service at 11:00 a.m. Thursday, March 26, 2020 at the funeral home.

To order memorial trees or send flowers to the family in memory of Amy Wildermuth, please visit our flower store.
Send a Sympathy Card