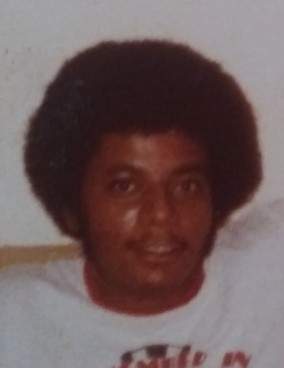 He was born in Toledo, Ohio May 15, 1961, a son of the late Andrew Lee Hannah Sr. and Vivian L. Hughes. In addition to his parents, he was preceded in death by a sister, Joyce Hannah.

Tony worked for Abbott Tool & Die in Toledo before moving to Bellefontaine.  He enjoyed fishing, listening to music and cooking, especially fried chicken and BBQ.  He loved giving to his grandchildren, while still being the disciplinarian of the family.  He knew his Heavenly Father and prayed every day.  He enjoyed all sports including football, basketball and boxing and liked to play cards.  He appreciated watching movies, and liked comedies, Kung Fu and Westerns the best.

The family wishes to give special thanks to his prayer brothers, whom he prayed and talked with every day.

Visitation will be held two hours prior to the memorial service at the funeral home.

The staff of the Eichholtz Daring & Sanford Funeral Home & Cremation Center in Bellefontaine is honored to serve the Hannah family.

To order memorial trees or send flowers to the family in memory of Anthony Edward Hannah Sr., please visit our flower store.