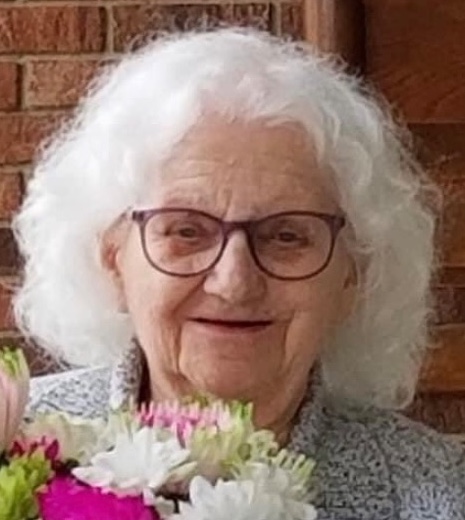 Audrey LaDonna (Neer) Hurley, who spent her life giving back to her community of Bellefontaine, died at the impressive age of 106.

The daughter of Charles Jacob & Weltha Genevia (Straley) Neer, she married Ralph Hurley June 12, 1974. She and her husband volunteered for the Red Cross for years, driving thousands of miles to help keep up the blood supply.

The couple also travelled extensively, taking nine different cruises to places like Egypt, Israel.  The Holy Lands were her favorites.

During World War II, Audrey Hurley volunteered for the canteen at Bellefontaine, a volunteer group of women who raised money to provide food, drinks and encouragement for troops en route to war. She personally donated blood as often as possible, as she was always afraid that the military might run out and her brother might need it.

Hurley also worked as an Administrator for G.C. Murphy, a national chain of discount stories that closed in 2002. She retired after more than 40 years.

Audrey Hurley had a passion for giving back to her community. She was a part of countless organizations ranging from the Bellefontaine United Presbyterian Church to charities such as Harrison Grange, the Bellefontaine UCT #508 as well as the Ester and Eveready Clubs.

Being 106, she was preceded in death by much of her family, including her husband Ralph, her brothers Branson Harley Neer and Verle Wilson Neer; sisters Hilda Mae Neer and Maxine Neer Powell; her brother-in-law Ralph Powell, her sister-in-law Aileen Ratcliff Neer, niece Judy Route Hoelscher and nephew, Dennis Neer.

Pastor Steve Merrin will officiate Audrey’s funeral Saturday, February 19, 2022, at 11 a.m. at the Eichholtz Daring & Sanford Funeral Home & Cremation Center in Bellefontaine, where the visitation will be held one hour prior from 10 a.m. to 11 a.m.

Burial will be in Greenwood-Union Cemetery.

The staff of the Eichholtz Daring & Sanford Funeral Home & Cremation Center in Bellefontaine is honored to serve the Hurley family.

To order memorial trees or send flowers to the family in memory of Audrey LaDonna Hurley, please visit our flower store.
Send a Sympathy Card