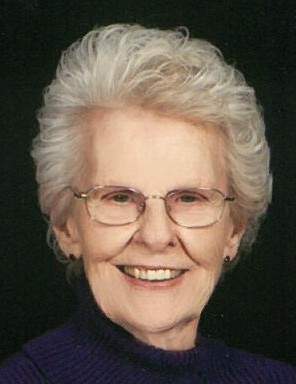 Barbara was born in Huntsville, Ohio February 6, 1927, to the late Grant Lyman and Harva Edith (Gartner) McCormick.  She married Clarence N. “Slim” Springer August 26, 1945 in Covington, Kentucky and he preceded her in death March 7, 2010.  Barbara was also preceded in death by an infant son, Thomas Dale Springer; a sister, Jean M. Roach and a brother, Sgt. Robert Dale McCormick who was killed in action November 4, 1944 in France.

Barbara worked as a bookkeeper for the Agricultural Stabilization Conservation Office for many years.  She attended the Huntsville Presbyterian Church.

Due to the current pandemic, the family will have private services and burial will be in the Huntsville Cemetery.

The staff of the Eichholtz Daring & Sanford Funeral Home & Cremation Center in Bellefontaine is honored to serve the Springer family.

To order memorial trees or send flowers to the family in memory of Barbara E. Springer, please visit our flower store.