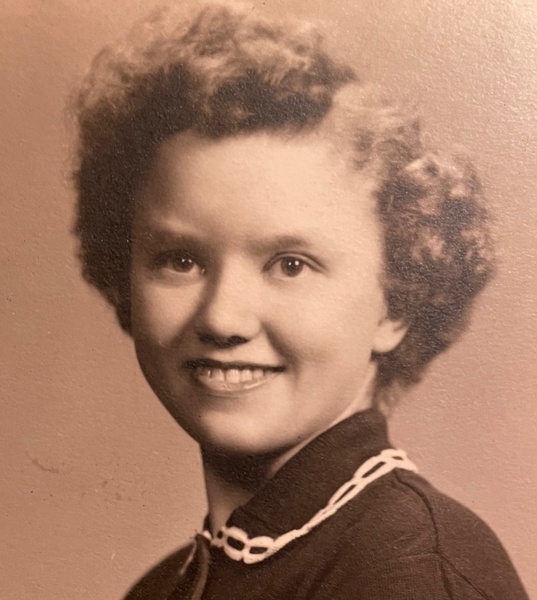 A 1954 graduate of Zanesfield HS, Betty lived a joyous life. At the age of 18, she left her humble Pickrelltown home to work for her cousin in West Jefferson. At 21, she returned home and met Ron at a local square dance, where he chose her above all others. Soon, the two married. Together, they built a life of love, adventure, cars, and kids. Their story included building a home (she hammered in the drywall nails); car trips to many states; a self-guided, round-trip excursion on a small cabin cruiser down the Ohio River to the Mississippi River, where they met many nice river dwellers and narrowly avoided being run over by a coal barge…lesson learned. In later years, the two left Ohio for Florida’s favorable climate. After Ron’s passing, Betty returned to LoCo, spending her final years at Campbell House with old friends from her youth and new ones made along the way. There, cards, puzzles, and socializing were a few of her favorite things.

Friends may call Thursday, January 27, 2022, from 4 to 6:30 p.m. at the Eichholtz Daring & Sanford Funeral Home & Cremation Center in Bellefontaine.

A private service and burial in the Middleburg Cemetery will be held at a later date.

In lieu of flowers, memorial contributions may be made to Campbell House 356 Kent Dr. Bellefontaine, OH 43311

The staff of the Eichholtz Daring & Sanford Funeral Home & Cremation Center in Bellefontaine, Ohio is honored to serve the Heath family.

To order memorial trees or send flowers to the family in memory of Betty Jean Heath, please visit our flower store.