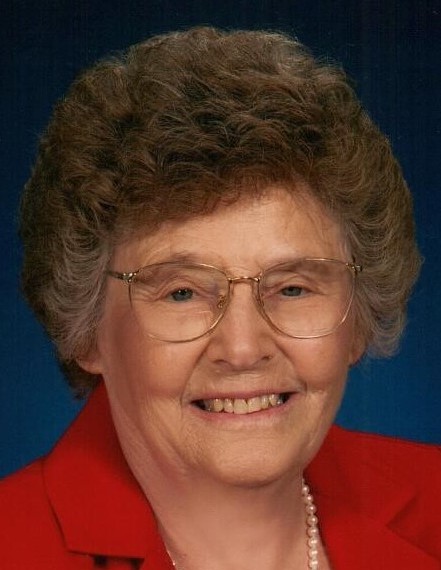 On July 26, 1942, Betty married Myron K. Hurley in Mt. Victory, Ohio and he preceded her in death October 25, 2004. Betty was also preceded in death by a daughter, Jill Nussbaum in August 2013, and brothers Waldo and Donald LeVally. An infant grandson, Brett Keirn was stillborn in 1970.

She was a homemaker and worked as a clerk for Merit Shoes, Woolworth’s and J.C. Penney during her daughter's college years. She was an active member of the First Christian Church (Disciples) where she was an honorary lifetime deacon, served as president of the Pilot Class and Christian Women’s Fellowship. She taught the Beginners Class and later served as principal of the Primary department within the church.

She and Myron enjoyed traveling, fishing, and square dancing, as members of the See-Saw Dance Club.

To order memorial trees or send flowers to the family in memory of Betty L. Hurley, please visit our flower store.
Send a Sympathy Card