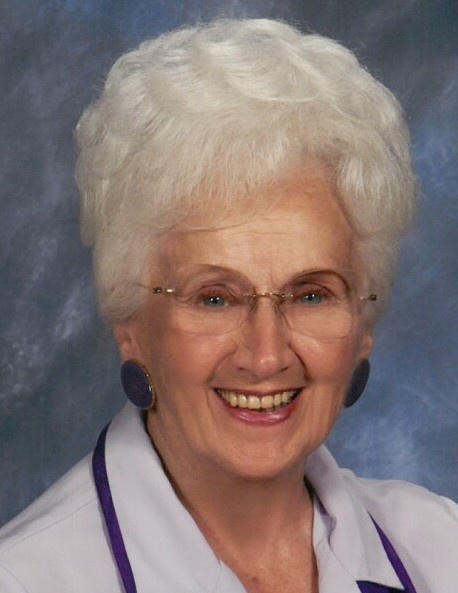 She was born in Champaign County Ohio October 17, 1924, a daughter of the late Harry L. Newland and Helen (Jacobs) Grimes.

In addition to her parents, she was preceded in death by her first husband, Robert McClure (1946-1962) and Donald E. Miller (1989-2003); a sister, Patricia Newland; two brothers, Harold and Richard Newland; a brother-in-law, James McBrien; two sisters-in-law, Marie and Maxine Newland and a grandson, Jeffery Paul King.

Betty was a 1942 graduate of Bellefontaine High School and grew up during the depression which largely influenced her life.  She was always involved in all of her daughters activities as they were growing up.  She belonged to many organizations including, Alpha Tau sorority until it disbanded, Logan County History Center (Historical Society) for many years, Eastern Star (Bellefontaine Chapter), volunteered as a Mary Rutan Hospital Guild member for fifty years logging over 5000 hours of service and serving many offices including president.

She was long-time member of the First Christian Church in Bellefontaine where she cared for many babies over the years in the nursery and with CWF and preparing many dinners in the kitchen for families.  From 1953 to 1960, she owned and operated the B&B Launderette in Russells Point, Ohio.  She worked for many years in the offices of Dr. Gerald Munn and Dr. George Nixon affectionately known to many as “Nurse Betty” retiring in 1991.

The staff of the Eichholtz Daring & Sanford Funeral Home & Cremation Center in Bellefontaine is honored to serve the Miller family.

To order memorial trees or send flowers to the family in memory of Betty Joecile Miller, please visit our flower store.
Send a Sympathy Card