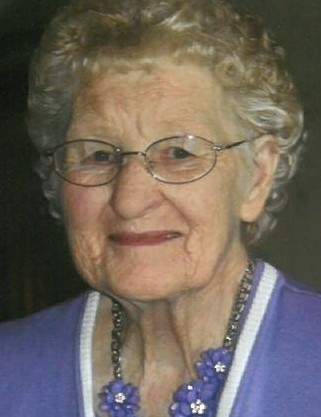 She was born in Delaware County Ohio January 28, 1934, to the late Gerald and Nola (Beattie) Oller. She was also preceded in death by a son, Paul Gibson; a sister, Anna Wedel; a brother, Lewis Oller; a brother-in-law, Charles Wedel; a son-in-law, Earl Parker and a special friend, Richard Fout.

Betty enjoyed crafts which included sewing at Mary Rutan Hospital for many years. She took pride in cleaning private homes which she did for a living most of her life. She also loved spending time with her family and friends.

Pastor Brad Angus will officiate the funeral service at 12:00 p.m. Monday, October 18, 2021, at the Eichholtz Daring & Sanford Funeral Home & Cremation Center in Bellefontaine. Visitation will be held two hours prior to the service from 10 a.m. - 12 p.m. at the funeral home.

Burial will be at the Bellefontaine Cemetery.

The staff of the Eichholtz Daring & Sanford Funeral Home & Cremation Center in Bellefontaine is honored to serve the Gibson family.

To order memorial trees or send flowers to the family in memory of Betty May Gibson, please visit our flower store.