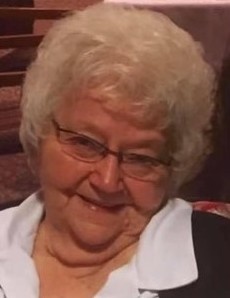 Betty was born May 15, 1929 to Fahl and Grace (Predmore) Painter. She was also preceded in death by her sister Norma Jean Heth.

The funeral service will be held at 12:00 p.m. Friday, April 16, 2021 at the Eichholtz Daring & Sanford Funeral Home in West Liberty where visitation will be held one hour prior to the service.

Burial will follow the funeral service at the Equality Cemetery in Rushsylvania, Ohio.

The staff of the Eichholtz Daring & Sanford Funeral Home in West Liberty is honored to serve the Miller family.

To order memorial trees or send flowers to the family in memory of Betty June Miller, please visit our flower store.