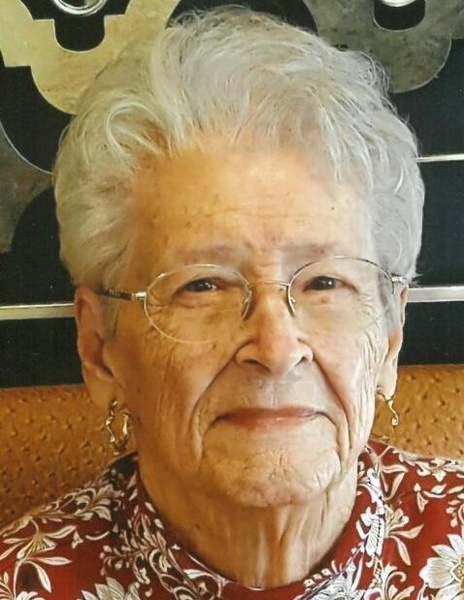 She was born in Bellefontaine February 11, 1929, a daughter of the late George and Leah (Bidwell) Littlejohn.

On July 5, 1949, she married Robert S. Stemble in Covington, Kentucky and he preceded her in death February 16, 2015. In addition to her parents and husband, she was preceded in death by a grandson, Brad Pulfer and a brother, Bill Littlejohn.

Betty was a 1947 graduate of Bellefontaine High School and while in high school, she worked for the Canteen in Bellefontaine that her Grandma Bidwell help setup to feed the service men during the war.  She worked as a homemaker, and was the bookkeeper and past owner of Stemble Meats and Belle Center Food & Storage.  She also worked as a secretary for Indian Lake Schools for several years.  She was a longtime member of the Kings Daughters, where she served as the State Treasurer for a few years.  She and her late husband enjoyed wintering in St. Petersburg, Florida.

John “Pete” Brown will officiate a memorial service at 3:00 p.m. Sunday, November 14, 2021 at the Eichholtz Daring & Sanford Funeral Home & Cremation Center in Bellefontaine.  Visitation will be held two hours prior to the memorial service Sunday at the funeral home.

Burial will be at the Oak Dale Cemetery in Urbana, Ohio at a later date.

The Stemble family wishes to give a special thank you to the caring staff of the Logan Acres Community including The Homestead and the Care Center.

The staff of the Eichholtz Daring & Sanford Funeral Home & Cremation Center in Bellefontaine is honored to serve the Stemble family.

To order memorial trees or send flowers to the family in memory of Betty J. Stemble, please visit our flower store.