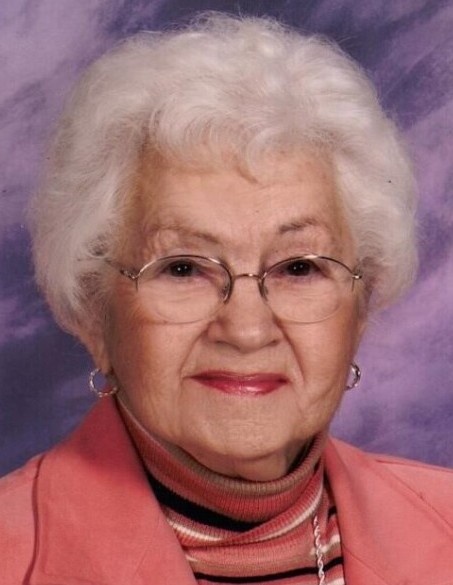 On April 12, 1941, Beulah married Louis George “Bud” English, and he preceded her in death May 8, 2003. She was also preceded in death by a son-in-law George Meredith and two great grandchildren, Lane Smith and Lindsay Meredith.

A graduate of East Liberty High School, Beulah had worked for D.A.B. for twenty five years. She was a member of the First United Methodist Church in Bellefontaine, the Logan County Friendly Senior Center, the American Legion Auxiliary and had been a member of the Mary Rutan Hospital Guild for thirty years. Beulah was an avid seamstress for the community.

The family will receive friends from 12 to 1 p.m. Monday, May 3, 2021 at the Eichholtz Daring & Sanford Funeral Home & Cremation Center in Bellefontaine where the funeral service will be held at 1:00 p.m.

Burial will follow the funeral service at the Highland Memorial Cemetery in West Liberty, Ohio.

The staff of the Eichholtz Daring & Sanford Funeral Home & Cremation Center in Bellefontaine is honored to serve the English family.

To order memorial trees or send flowers to the family in memory of Beulah M. English, please visit our flower store.