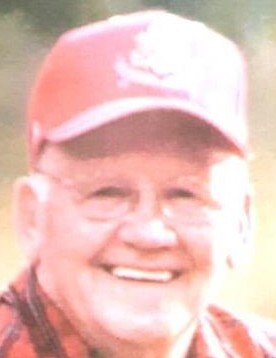 Billy Ray Robinson, age 80, of DeGraff, Ohio went home to be with his Heavenly Father at 3:28 P.M. Thursday, August 1, 2019 at home surrounded by his family.

He was born in Claiborne County Tennessee October 3, 1938, to the late William Alvis and Ella Mae (Good) Robinson. In addition to his parents, Billy was preceded in death by his sister, Magdalene Ellison and five brothers, Orbry, Bruce, Franch, George Lee, and Jim Robinson.

Billy retired from the former Quincy Castings. He was a collector and especially loved spending time with his family.

The family will receive friends from 11:00 A.M. to 1:00 P.M. Tuesday, August 6, 2019 at the Daring & Sanford Funeral Home in DeGraff, where Pastor Rodney Reynolds will officiate the funeral service at 1:00 P.M.

Burial will follow the funeral service at the Fairview Cemetery in Quincy, Ohio.

To order memorial trees or send flowers to the family in memory of Billy Ray Robinson, please visit our flower store.
Send a Sympathy Card