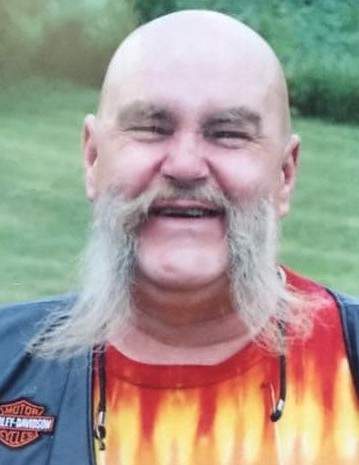 He was born in Bellefontaine June 18, 1953, the son of the late Robert Williamson and Janet (Royer) Skony. He was also preceded in death by a grandson, Connor Strobridge March 23, 2015.

On December 5, 1971, he married the former Janice Shaw and she survives. He is also survived by a daughter, Jen (Shane) Frazier of West Mansfield, Ohio; a son, Brent (Ashley) Williamson of Rushsylvania, Ohio; three grandchildren, Blake Frazier, Tayte Williamson and Makayla Williamson; two sisters, Sharon (Charlie) DeLoach of Tennessee and Kristine Williamson of Vandalia, Ohio and several nieces and nephews.

Brent was the owner/operator of Knucklehead ChooChoo Express LTD Trucking Company in Bellefontaine.  He enjoyed fishing, boating on his pontoon and riding his Harley-Davidson motorcycle.  He loved to spend time with his family and enjoyed teasing his grandchildren.

Visitation will be held from 2 to 5 p.m. Sunday, July 26, 2020 at the Eichholtz Daring & Sanford Funeral Home & Cremation Center in Bellefontaine.​

Pastor Bill Walker will officiate a graveside service at 1:00 p.m. Monday, July 27, 2020 in the gazebo at the Highland Memorial Cemetery in West Liberty, Ohio.

The staff of the Eichholtz Daring & Sanford Funeral Home & Cremation Center is honored to serve the Williamson family.

To order memorial trees or send flowers to the family in memory of Brent R. Williamson, please visit our flower store.