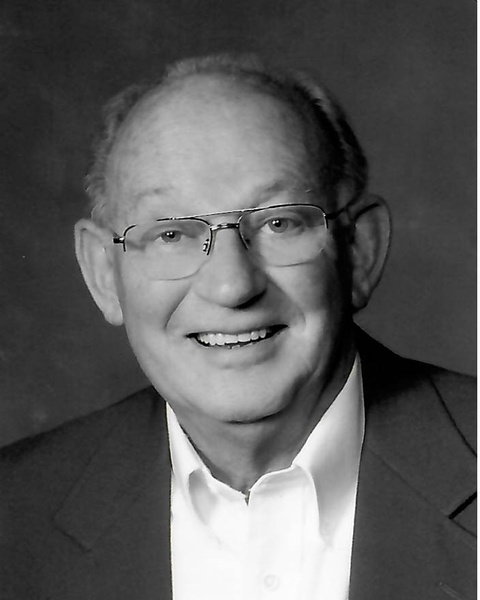 Byron Kermit, “Scottie”, Scott, 87, passed away on October 1, 2022, following a full life which included two stents in the military, cartooning, varied and lengthy career in newspaper work that included writing and photography, truck driving, flower delivering and as a Lake Township trustee, just to name a few.  Scottie liked to keep busy.

A 1953 Bellefontaine High School graduate, he was drafted into the Army in 1958 and served two years in St. Louis MO working as a photographer and cartoonist. While there, he spent time in the offices of the St. Louis Post Dispatch with the renowned World War II cartoonist Bill Mauldin.  Mr. Mauldin was a recipient of the prestigious Pulitzer Prize.  When the Berlin Crisis arose in Germany in the 1960’s, Scottie was called back into the Army for a 10 month period.  Previous to his military obligation, he worked as a salesman for the Bellefontaine Coca Cola Bottling Co. After his service he worked for two years for the Columbus Dispatch. The next 37 years he was a reporter and photographer for the Bellefontaine Examiner. Scottie didn’t know how to retire as he continued to keep busy working for seven years at a local landscaping business, nine years for the Bellefontaine Parks & Recreation Department and also delivering flowers for Wren’s Florist and Greenhouse. He was a Lake Township trustee for 28 years and president of the Logan County Township Association for a year. Outside of working, he served on the Logan County Youth Center board and was a member of the Bellefontaine Lions Club. Not to mention the numerous hours spent drinking coffee with his ‘buddies’ at McDonalds.

Byron was most comfortable behind the lens of a camera. He connected with many of the individuals he photographed both for his work with the Bellefontaine Examiner and for his own enjoyment. He always had his camera on his shoulder. “Smile, and say cheese.”

The family will receive friends from 12-2 p.m. on Friday, October 7, 2022, at Green Hills Community Foundation Hall, 6557 U.S. 68 South in West Liberty, where Pastor Ken Neighoff will officiate a funeral service at 2:00 p.m. Burial will be in Bellefontaine Cemetery in Bellefontaine, Ohio at a later date.

Memorial contributions may be made to the Logan County History Center, 521 East Columbus Avenue, Bellefontaine, Ohio 43311.

EICHHOLTZ DARING & SANFORD FUNERAL HOME & CREMATION CENTER, BELLEFONTAINE is honored to serve the Scott family and encourages anyone to share a fond memory or message of condolence at www.edsfh.com.

To order memorial trees or send flowers to the family in memory of Byron Kermit "Scottie" Scott, please visit our flower store.