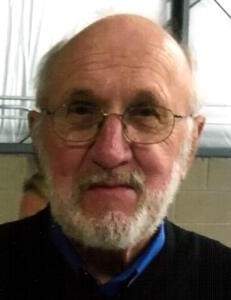 Carey A. Musser, age 85, of Bellefontaine, Ohio passed away at his residence surrounded by family.

Carey was born in DeGraff, Ohio December 10, 1934, to the late J.C. and Lois (Rinehart) Musser. He was also preceded in death by a son, Scott A. Musser; a brother, Carl Musser; brothers-in-law, Don Baier and Joe Parker and a nephew, David Baier.

He was a 1952 graduate of DeGraff High School. With a father involved in teaching and sports, he played on the 6 man football team, baseball and basketball teams. He was a 1954 graduate of International Business College in Fort Wayne, Indiana. After college he returned to DeGraff to work for Walter Lamb in the offices of Mid States Container as CFO and continued to work for Walter Jr. and Doug Lamb until his retirement in 1999 after thirty plus years. He loved his work family.

His love of sports continued as a member of the West Liberty Cavemen fast pitch softball team. Family vacations were trips to different ball fields for ball games.

Following his father’s footsteps, he joined Boggs Lodge #292 in DeGraff and was given a “Lifetime Membership” to the lodge.

He was part of the few people who saw a need for the village park in DeGraff and they built everything. Living near the park, he saw to it that the ball diamond was always in shape for every game. An old garage was donated to the park and became the concession stand which was run by his wife and children. Many great memories were made at the park.

He was Sandy’s quiet rock when they opened Whitmore House. He was particular about his lawns and special care was given to how the grass was mowed. He kept the grounds mowed and in beautiful condition. When called upon there was no one better doing dishes than he was. Sitting on the deck with his beloved golden retrievers and cats watching the planes at the airport was a favorite pastime.

After he retired he devoted the same principals to mowing for Chris and Kristy Daniels, Briarwood Sportsman Club. Often he enjoyed a picnic lunch with his wife in the beautiful surroundings of the woods and streams. Working in paradise!

His family and friends were the center of his universe. He loved nothing more than to be with them and the two little guys were the light of his life. Watching them play was laughter, smiles, and noise that only boys make became music to his ears. A running child with outstretched arms calling ‘Hi, great pa pa’ made his heart smile!

Friends may call from 10:00 a.m. to 12 noon Saturday, February 1, 2020 at the Huntsville United Methodist Church in Huntsville, with a masonic service beginning at 12 noon.

Pastor Bryan Meadows will conduct a memorial service immediately following the masonic service and a Celebration of Life dinner will be held in Anstein Hall after the service.

A private graveside service will be held at a later date at the convenience of the family at the Greenwood-Union Cemetery in DeGraff, Ohio.

The family would like to express their sincere appreciation to Green Hills Daybreak and Universal Home Health & Hospice for the love and care shown to Carey. They became our extended family!

To order memorial trees or send flowers to the family in memory of Carey A. Musser, please visit our flower store.