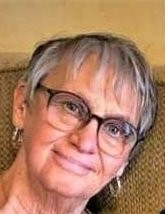 She was born in Cambridge, Ohio February 8, 1945, a daughter of the late Edward and Mary (Burris) Bromelow. She was also preceded in death by a son, Eric Cline.

Carol was a 1963 graduate of Sarahsville High School and worked for Honda of America Manufacturing for nearly twenty six years before retiring in 2005.  She was a member of the Gretna Brethren Church in Bellefontaine.  After retiring, she and Leonard moved to Foley, Alabama for twelve years.  She and her husband traveled extensively including trips to Europe, Mexico and multiple cruises.

Due to COVID-19, there will be no services but a memorial service will be planned for a later date.

The staff of the Eichholtz Daring & Sanford Funeral Home & Cremation Center in Bellefontaine is honored to serve the Cline family.

To order memorial trees or send flowers to the family in memory of Carol E. Cline, please visit our flower store.
Send a Sympathy Card