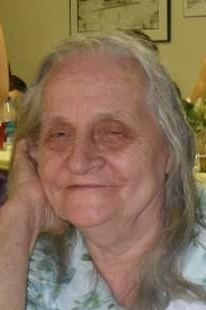 Catherine Marie Hoffman, 84, of DeGraff, passed away Sunday, November 15, 2020. She was born on August 20, 1936, a daughter of the late Robert Andrew and Mildred Fern (McFarlin) Ledley.

On December 23, 1957, Catherine married David W. Hoffman and he preceded her in death on June 2, 1987. She was also preceded in death by two sisters and 3 brothers.

A homemaker, Catherine was a 1957 graduate of Kenton High School. She enjoyed puzzles, card games, Bingo, watching soap operas and special TV shows, and taking walks downtown. Catherine was a country music fan, who often proclaimed Alan Jackson was, “the one man she would marry in a heartbeat”. She most especially loved spending time with her children, grandchildren, and great grandchildren.

The family will receive friends from 11:00 a.m. to 1:00 p.m. on Monday, November 23, 2020 at the Daring & Sanford Funeral Home, 210 W. Hayes Street in DeGraff, where a funeral service will begin at 1:00 p.m. Burial will follow in Philadelphia Cemetery in Bellefontaine, Ohio.

To order memorial trees or send flowers to the family in memory of Catherine Marie Hoffman, please visit our flower store.
Send a Sympathy Card