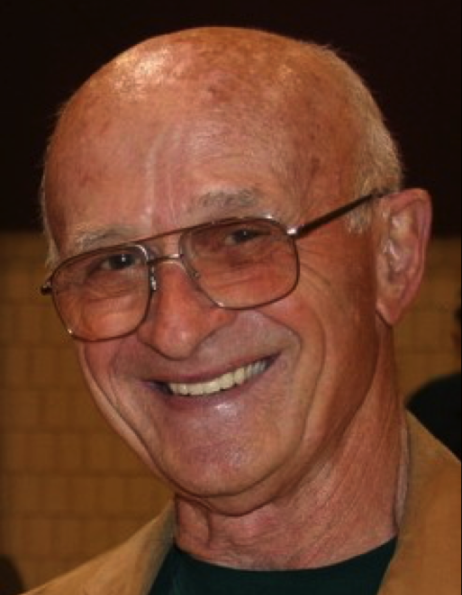 Clinton William Morris, 82 of Bellefontaine, OH passed away at 9:40 a.m. on April 9th, 2020 at Ocala Regional Hospital, Ocala, FL.   He was born at home in Toledo, OH on September 6, 1937 to the late Merle Donald & Beryl Lou (Sammis) Morris.  He graduated from Bedford, MI High School in 1955 where he played football & baseball and the trumpet in marching band & a trio who played for church and local events.  He raised his children in Bellefontaine with his late wife Jayne Ann (Stout) Morris (2001).  They owned C & J Laundry’s.  He was a member of the First United Methodist Church of Bellefontaine for 60 years.

In addition to his parents and former wife, he was preceded in death by his grandparents, nieces, nephews, aunts & uncles, in-laws and many dear friends he met throughout his life.

Clint was a Christian, a man of great integrity, a gentle caring soul, and the most kindhearted man you would ever want to know. He loved life, family and all the friends and strangers he met along the way.   Over the years he was involved in the Jaycees, Masonic Lodge, Elks, Civil Air Patrol, Volunteer Fire Department, City Council and Safety Town. He volunteered his time serving meals to help others at holidays and other times, working charity events for various cancer groups, at golf tournaments and so much more.   He played men’s softball in his early years and then began playing golf in the early 70’s and it became the game he loved the most. He played golf year round either in Ohio or at their Florida home in the winter. Clint was a member of the Bellefontaine and Urbana Country Clubs for many years. He won several awards over the years playing golf.   He enjoyed spending time with family and especially the grandchildren, great grandchildren & great-great grandchildren attending their many events at school and sports.

He served on many boards & committees over the years.  One of his most honored accomplishments was that he was nominated and won a national award for “Outstanding Young Man in America” in the late 60’s.  His name was published in a national book along with the other inductees that year.

He is with the Lord in Heaven now.   May he rest in everlasting peace.  He was so loved by us all.

Our beloved husband, father, grandfather, and brother deserves a beautiful tribute. However, we appreciate in this unknown time with the COVID-19 pandemic that attending a service may not be in your best health interest.

The family will have a private visitation and graveside service in Clint’s honor. Burial will be in the Highland Memorial Cemetery, West Liberty.

To order memorial trees or send flowers to the family in memory of Clinton William Morris, please visit our flower store.