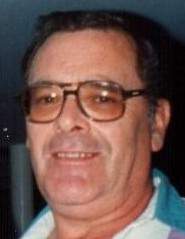 Dale Alan Deardurff, age 76, of Bellefontaine, Ohio passed away peacefully at 1:34 a.m. Thursday, October 8, 2020 at home surrounded by his family.

He was born October 12, 1943, a son of the late Marion W. and Alice A. (Hurley) Deardurff. In addition to his parents, Dale was preceded in death by a sister, Marilyn Hofmann; two brothers, John and Earl Deardurff and a sister-in-law, Gladys Deardurff.​

Prior to his passing, Dale found peace with his Savior and was looking forward to a new body in heaven.

A 1961 graduate of Bellefontaine High School, Dale had worked as a mechanic at Grove’s Radiator and Alignment in Bellefontaine. He was an avid NASCAR fan.

Per Dale’s wishes, no public services will be held.

The staff of the Eichholtz Daring & Sanford Funeral Home & Cremation Center in Bellefontaine is honored to serve the Deardurff family.

To order memorial trees or send flowers to the family in memory of Dale Alan Deardurff, please visit our flower store.