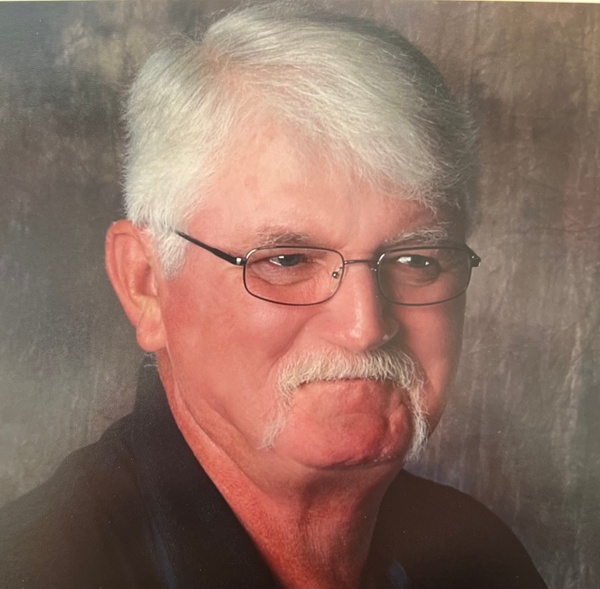 David E. “Buck” Wallace, Jr., of West Liberty, passed away peacefully at 5:59 PM on Saturday, August 13, 2022, surrounded by his loving family at The James Cancer Hospital and Solove Research Institute in Columbus, OH, after battling a brief illness.

Buck was born on July 21, 1949, in Bellefontaine, Ohio to the late David E. and Hazel Irene (Wells) Wallace.  He attended West Liberty Salem Schools and graduated in 1968.  After high school, he enlisted in the United States Navy, proudly serving from 1969 to 1974.  On September 1, 1972, Buck married Debbie in West Liberty, Ohio.  Buck and Debbie welcomed their daughter Amy (McDaniel) in 1974 and their son David in 1978.

He worked as a Production Supervisor at Siemens in Urbana and retired after 32 years.  Alongside his full-time employment, Buck also owned and operated Wallace Customer Lawn Service.  He was able to include his children and grandchildren in this business which was one of his proudest accomplishments.  His favorite “job” was mowing the grounds at West Liberty Salem Schools.

In addition to his professional accomplishments, Buck was also a member of the American Legion and had over 50 years as a Freemason.  He was a long-standing member of the “Liar’s Club” at the Liberty Gathering Place in West Liberty where he had coffee daily and made memories with lifelong friends.

Buck will always be remembered by his family and friends for his quick-witted humor, his giving heart and dedication to those around him.  Most importantly, he will be remembered as a loving husband, father, “Pop” to his grandchildren and friend.

The family would like to thank the Indiana University Methodist Hospital Transplant Team and the team at The James Cancer Hospital and Solove Research Institute.

In lieu of flowers, memorial contributions can be made to St. Jude’s Children’s Research Hospital at 501 St. Jude Place Memphis, TN 38105.

Funeral service with military honors at conclusion of service.