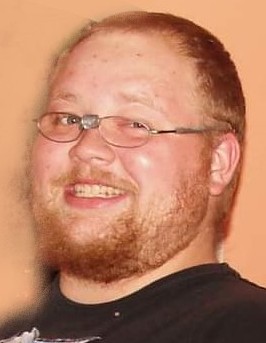 Alex was born in Bellefontaine April 3, 1986, a son of the late Pamela Lane (Justice) Kennedy Wilson who preceded him in death July 25, 2019. I n addition to his mother, he was preceded in death by an uncle, Fred Justice.

He is survived by his step-dad, David Wilson of Bellefontaine; three brothers, Nathan (Kendra) Justice and James Holland, both of Kenton, Ohio and Kelly Wilson of Russells Point, Ohio; his maternal grandparents, William and Shirley Kennedy of Belle Center, Ohio along with several nieces, nephews, aunts and uncles.

Alex had worked at Wendy’s and Donato’s before going to work as a handy man and as a woodcutter.

There are no public services planned at this time.

The staff of the Eichholtz Daring & Sanford Funeral Home & Cremation Center in Bellefontaine is honored to serve the Grooms family.

To order memorial trees or send flowers to the family in memory of David Alexander Grooms, please visit our flower store.
Send a Sympathy Card