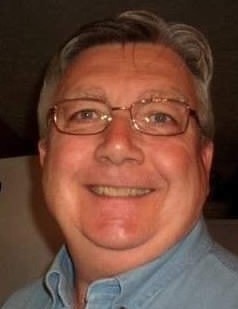 David was born in Springfield, Ohio June 8, 1947, to the late Harold G. and Joan E. (Campbell) Poland.  He was also preceded in death by a brother-in-law Brian Prall.

David served his country during the Vietnam War as a member of the United States Air Force.  Following his honorable discharge, he worked as an assembler at Navistar/International Harvester for thirty five years before retiring in 2003.  He then worked at Home Depot in Marysville for another five years.  He enjoyed watching NASCAR, the Pittsburgh Steelers, the Great Smoky Mountains and touring the Air Force Museum.  David also loved gardening, cooking and spending time with his grandchildren.

Pastor Joe Ziraldo will officiate a graveside service for David Friday, February 5, 2021 at 11 a.m. at the Fairview Cemetery in West Liberty.

The staff of the Eichholtz Daring & Sanford Funeral Home in West Liberty is honored to serve the Poland family.

To order memorial trees or send flowers to the family in memory of David Keith Poland, please visit our flower store.
Send a Sympathy Card