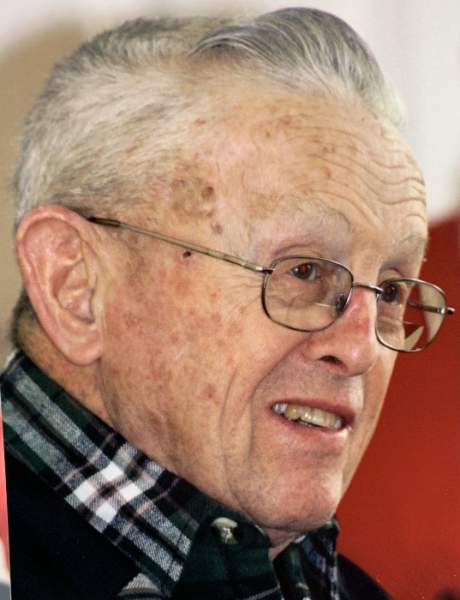 Don was a mentor to many young people over the years.  He and Joan were always eager to help them by welcoming them into their home.  He was a graduate of York High School in Van Wert County and worked several farming jobs and then was a herdsman for Paul Good.  He then took over the Dale Runnion farm for several years until he moved to the Morton farm near Convoy.  In January 1966, he moved the family to Belle Center near Indian Lake to partner with the Tom O’Connor family on the farm which is still going today.

Don was a member of the Logan County Cattle Association, a member of the Belle Center United Methodist Church for many years and in later years attended the Indian Lake Community Church.  He loved playing cards, watching the OSU Buckeyes and the many campouts at Tin Acres on the banks of Indian Lake.  Don enjoyed being with family and keeping track of the farm in his later years.

Pastors Jim Ellington and Karen Blackburn will officiate Don’s funeral service Tuesday, March 2, 2021` at 1 p.m. and this will be live streamed via www.IndianLakeCommunityChurch.org .

Interment will be at the Fairview Cemetery in Belle Center.  Due to current pandemic orders, please be symptom free, practice social distancing and consider wearing a mask.

In lieu of flowers, memorial contributions may be made to the Indian Lake Watershed Project (as conservation was very important to Don) in care of Logan County Soil & Water  324 Co Rd 11  Bellefontaine, OH  43311

The staff of the Eichholtz Daring & Sanford Funeral Home & Cremation Center in Bellefontaine is honored to serve the Phelps family.

To order memorial trees or send flowers to the family in memory of Don E. Phelps, please visit our flower store.