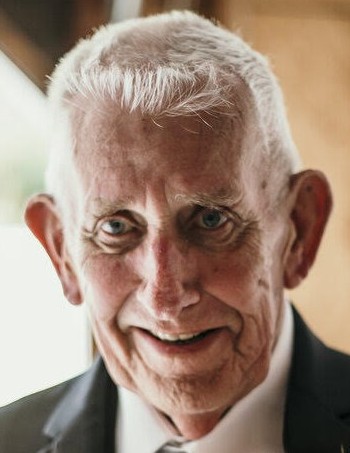 Don was born in Shelby, Michigan October 28, 1942, to the late Ernol and Norma (Roth) Beckman.

A proud veteran of the United States Air Force, Don served his country during the Vietnam War.  He worked as a Facilities Supervisor at Wright State University for twenty plus years.  After retirement, Don went to work for Miami County as a Maintenance Supervisor and retired in 2005.  Don was an avid golfer and was a member of three leagues up until a few weeks ago.  He was a member of the Tipp City American Legion, the Indian Lake Moose, AmVets and Eagles.  Don was awarded “Moose of the Year” in 2017 and was a Scoutmaster for Troop #307 in Vandalia for several years. Don loved to fish, hunt and watch his grandchildren participate in their activities.  He cherished his time with his wife and they both enjoyed spending time with their family.  Don was known to frequent local establishments and brighten the day of all he encountered with his cock-eyed grin.

Pastor Bryan Meadows will officiate a memorial service for Don Friday, July 17, 2020, at 11 a.m. at the Huntsville United Methodist Church in Huntsville, Ohio. The family asks that you be symptom free, consider wearing a mask and practice social distancing due to the current pandemic.

In lieu of flowers, Don and Ella Louise request donations be made payable to either the Miami East Athletic Boosters or the Miami East FFA Alumni, in honor of their grandchildren.  Checks can be mailed to Miami East Local Schools, 3825 North State Route 589, Casstown, OH  45312.

To order memorial trees or send flowers to the family in memory of Donald J. Beckman, please visit our flower store.
Send a Sympathy Card