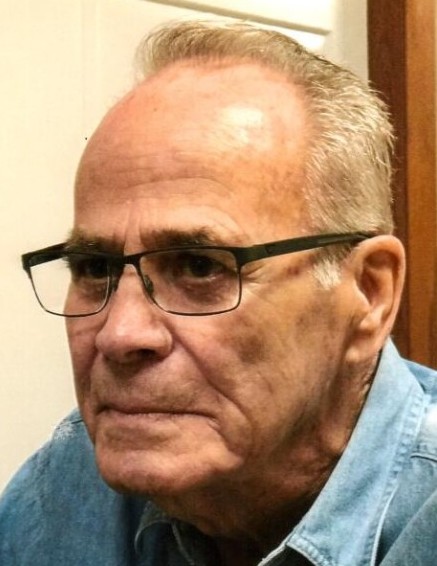 Donald Eugene Finley, age 83, of Bellefontaine, Ohio passed away peacefully at 2:20 P.M. Wednesday, May 29, 2019 in his home surrounded by his family.

Don was born at home in Malta, Ohio November 21, 1935, to the late Donald Timms and Mary Elinor Price Finley. Don was also preceded in death by his sister and brother-in-law, Charlotte and James Callihan and two brothers, Dr. James R. Finley and John P. Finley.​

He is survived by the love of his life for almost fifty five years, the former Dixie L. Gardner. They were married June 13, 1964, at the First Christian Church in Bellefontaine by the Rev. Keith McNeill.

In addition to his wife Dixie, Don is survived by his two children, Angela (Keith) Pemberton, and Eric Finley, both of Bellefontaine; two granddaughters, Kendall Leigh Pemberton, of Centerville, Virginia and Hannah Marie Pemberton of Columbus; a brother, Paul (Michelle) Finley of Lancaster; three sisters-in-law, Dawn Finley Scott of Duncan Falls, Joann Finley of Dayton, and Elaine Finley of Westerville and many nieces, nephews, great nieces, and great nephews.

Growing up on a farm in Southeastern Ohio, his family and friends affectionately called him “Donald Gene”. His family raised Polled Herefords and Don participated in 4-H for several years. He was most proud when his steer won Reserve Champion at the Ohio State Fair. A picture of Don with his steer appeared in the National 4-H calendar.

Don graduated from Malta/McConnelsville “M & M” High School in 1953, where he played football and baseball. He was a member of the National Honor Society and the National Athletic Honor Society. Don was too young for the Korean War and too old for the Vietnam War, but was drafted in 1954. When he was discharged from the United States Army in 1956, he moved to Logan County where he met his wife Dixie on a blind date. Don worked for Northwood Stone and Asphalt Company, later becoming the Shelley Company for thirty years. He also served in the Ohio National Guard.

In later years, Don and Dixie traveled with his brother Jim and his wife Dawn mostly in the U.S. but also visited Alaska, the Canadian Rockies, the Bahamas, Prince Edward Island and took several cruises to the Caribbean Islands, South America and a Fall Foliage Tour off the coast of New England. Both couples also took grandchildren on several Intergenerational Elder Hostels for grandparents and grandchildren, making wonderful memories.

Don was a long time member of the First Christian Church in Bellefontaine where he served as a Stephen Minister and was on the board for over forty years as chair and co-chair of the Deacons. In later years, Don became a devoted member of the Quest Community Church and served on the building committee for their new addition.

The family will receive friends from 3 to 7 P.M. Monday, June 3, 2019 at the Eichholtz Daring & Sanford Funeral Home and Cremation Center in Bellefontaine.

Pastor Bill Walker will officiate the funeral service at 11:00 A.M. Tuesday, June 4, 2019 at the Quest Community Church in West Liberty, Ohio with visitation one hour prior to the service.

Burial will follow the funeral service at the Mount Zion Cemetery in Jefferson Township Ohio with military rites performed by the Logan County Veteran Honor Guard.

To order memorial trees or send flowers to the family in memory of Donald Eugene Finley, please visit our flower store.
Send a Sympathy Card