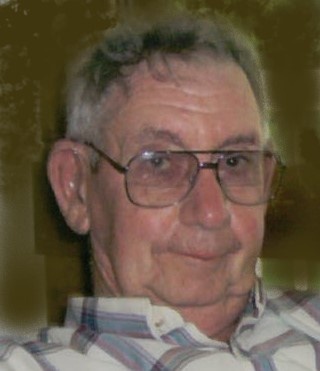 Donald B. Henry, 88, of rural Zanesfield, passed away on the evening of Saturday, July 2, 2022, in Hospice of Central Ohio at The Ohio State University Wexner Medical Center, Columbus.

He was born in Delaware, Ohio on September 24, 1933, the son of the late Cleon Green and Ruth Elizabeth (Greenlee) Henry.

On September 7, 1958, he married the former Gloria J. Cooksey in Goshen Friends Church, Zanesfield and she survives.

In addition to his wife of 63 years, he is survived by two sons, John D. Henry and Douglas M. (Debbie) Henry, a grandson, Noah D. (Kaylene Harpest) Henry, a sister-in-law, Susan Henry and several nieces and nephews.

In addition to his parents, he is preceded in death by two sisters and their spouses, Martha (David) Lowery and Judy (Larry) Wilson, and two brothers, Walter E. Henry, John P. Henry and brother-in-law / sister-in-law, William and Joan Cooksey.

Don lived in Delaware, Ohio during his early life and moved to the family farm in eastern Logan County during his teenage years.  He was a 1951 graduate of East Liberty High School and attended Purdue University, where he studied agriculture.  He was a U.S. Army veteran, serving in Korea from 1955-57.

Don served on the Producers Livestock Board and as a 4-H advisor.  He was a member of the Farm Bureau Council, Ohio and Logan County Pork Producers, American Legion, and East Liberty Masonic Lodge #247 F&AM.  He was recognized by the Logan County Soil and Water Conservation District in 1994 with Conservation Family of the Year award.

He spent his lifetime as a grain and livestock farmer and was a dedicated steward of the land.  He was a devoted and hardworking husband, father, and grandfather, who dearly loved his family.

Visitation for family and friends will be held on Saturday, July 9, 2022, from 3 to 6 p.m. at the Eichholtz Daring & Sanford Funeral Home & Cremation Center, 321 N. Main St., Bellefontaine.  A Masonic service will follow the visitation at 6:15 p.m. and military honors will be provided by the Logan County Veteran Honor Guard at 6:30 p.m., all at the funeral home.   A private inurnment service will take place on the family farm at a later date.

To order memorial trees or send flowers to the family in memory of Donald B. Henry, please visit our flower store.