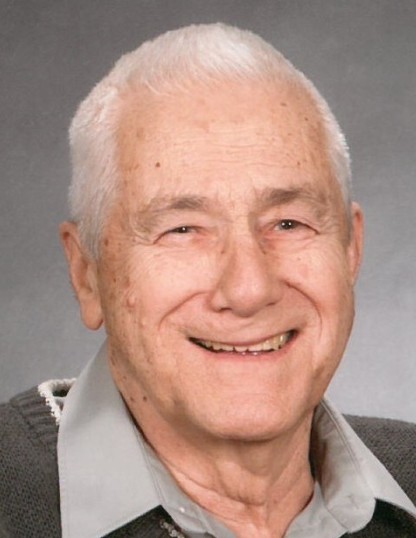 Don was born in Zanesfield, Ohio June 10, 1928, to the late Fred L. and Hazel (Hoge) Kline.  He was also preceded in death by his former wife, Delores J. (Beair) Kline; a daughter, Deborah S. Kline; a brother, Robert Kline and a grandson, Isaiah J. Kline.

Don graduated from Zanesfield High School and was a Veteran of the United States Marine Corps having served during the Korean War.  He was a former member of the Hillcrest Baptist Church in Bellefontaine, and current member of Victory Baptist Church in Piqua.  At the age of 18, Don started work at AJ Miller Company in Bellefontaine and then Miller-Meteor Company in Piqua where he worked until they closed their doors in the 1970's.  From there, he went to work for Honda at their Marysville and East Liberty plants before he retired at the age of 65.

Don enjoyed the time he spent with his family, had the gift of hospitality and loved it when people would visit. Don also enjoyed camping, swimming and taking kids fishing.  He loved the Lord and his goal was to raise his family to know God.  Don was a humble man with a gentle spirit. He trusted in the fact that though he was not perfect, the blood of Jesus was.  He believed he was saved through faith alone and not by anything he had done.

Pastor Shane Thomas will officiate Don’s funeral Saturday, August 7, 2021, at 11 a.m. at the Eichholtz Daring & Sanford Funeral Home & Cremation Center in Bellefontaine where visitation will be held from 10 a.m. to 11 a.m.

Burial will be at the Highland Memorial Cemetery in West Liberty, Ohio with military honors provided by members of the Logan County Veteran Honor Guard.

The staff of the Eichholtz Daring & Sanford Funeral Home & Cremation Center in Bellefontaine is honored to serve the Kline family.

To order memorial trees or send flowers to the family in memory of Donald L. Kline, please visit our flower store.
Send a Sympathy Card