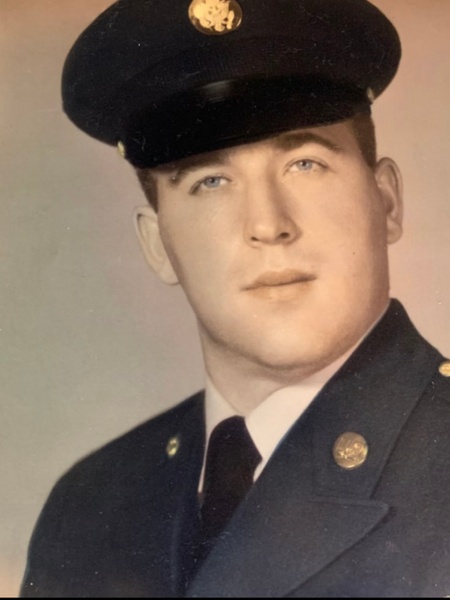 Donald A. Weber, age 78, of Bellefontaine, Ohio passed away Thursday, December 9, 2021, at his residence.

He was born in Oldenburg, Indiana April 22,1943, a son of the late Joseph John Weber and Alvina Marie (Shrank) Weber.  He was also preceded in death by his siblings, Clarissa Streicher, Audrey Weber, Evelyn Weber, Agnes Schmidt, and Edward Weber.

After graduation from high school, Donald served his country in the United States Army.  He began his working career as a mechanic at Joseph Chevrolet in Cincinnati.  After moving to Bellefontaine, he worked for Super Foods / Nash Finch until his retirement.  He enjoyed classic cars, working with his hands and woodworking, and was a fan of The Ohio State Buckeyes.  He loved spending time with his family and grandchildren and was a true family man.

Visitation will be held from 4 to 7 p.m. Wednesday, December 15, 2021, at the Eichholtz Daring & Sanford Funeral Home & Cremation Center in Bellefontaine.

Father Shawn Landenwitch will officiate the funeral service at 11:00 a.m. Thursday, December 16, 2021, at the funeral home.

Burial will be at the Highland Memorial Cemetery in West Liberty, Ohio with military honors provided by the Logan County Veteran Honor Guard.

The staff of the Eichholtz Daring & Sanford Funeral Home & Cremation Center in Bellefontaine is honored to serve the Weber family.

To order memorial trees or send flowers to the family in memory of Donald A. Weber, please visit our flower store.
Send a Sympathy Card