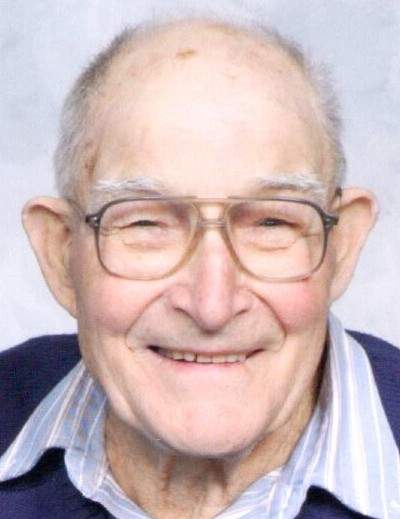 He was born April 10, 1924, a son of the late Harry and Eva (Craig) Wohlgamuth. In addition to his parents, Don was also preceded in death by two sisters, Peggy Leeman and Susanne Eyler and two brothers, Harry and Harold.

Don enlisted in the Marine Corps during World War II and saw combat in the Pacific Theatre and was honorably discharged at the rank of Corporal in 1945. Upon his return home, he began his life’s career with the DT&I railroad first with the rail maintenance and then as a signal maintainer for the Springfield-Lima line section.

Don was a great friend who never hesitated to help anyone when asked or if he saw the need. He was known for his gardening skills and often shared his bounty. Don’s great escape was traveling to his place near Moorestown, Michigan to enjoy the cabin and the land.

The family will hold a Celebration of Life service for Don at a later date at the Fairview Cemetery in Quincy.

The staff of the Daring & Sanford Funeral Home in DeGraff, Ohio is honored to serve the Wohlgamuth family.

To order memorial trees or send flowers to the family in memory of Donald L. Wohlgamuth, please visit our flower store.