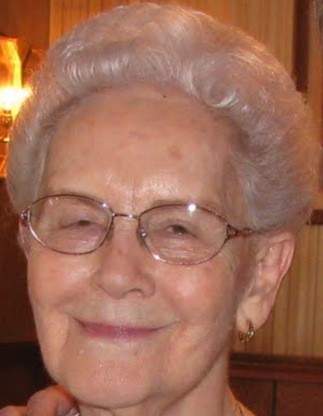 Service will be at the convenience of the family

She was born March 22, 1922, a daughter of the late Raymond Edgar and Hazel Mae (Stottlemyer) Black.

A 1940 graduate of Quincy High School, Dorothy retired from Siemens in Bellefontaine. She was a member of the DeGraff United Methodist Church and the former O.E.S. Constance Chapter #78. Dorothy and her sisters were all avid basketball players in their younger years. She enjoyed gardening, flowers, and crocheting in her leisure time.

A graveside service will be held at the convenience of the family at the Highland Memorial Cemetery in West Liberty, Ohio.

The staff of the Daring & Sanford Funeral Home in DeGraff is honored to serve the Roby family.

To order memorial trees or send flowers to the family in memory of Dorothy A. Roby, please visit our flower store.

Service will be at the convenience of the family