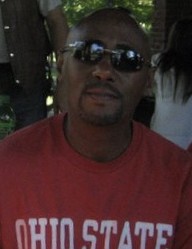 He was born in Bellefontaine, Ohio January 9, 1965, a son of Daniel R. Whetsel Sr. who survives in Toledo, Ohio and the late Connie Elaine (Brown) Whetsel.  He was also preceded in death by an infant daughter, Bobbi Moreen Whetsel; an infant sister, Stephanie Whetsel and an infant brother, Eric Whetsel.

In addition to his father, he is also survived by his significant other of eleven years, Cindy Gammell Bailey of Bellefontaine; a sister, Teresa Brown of Toledo; two brothers, Dean Edwin (Amanda Maddox) Whetsel and Daniel “Rocky” (Laura Douglas) Whetsel Jr., both of Bellefontaine and a host of aunts, uncles, cousins, nieces and nephews.

Douglas was a 1983 graduate of Bellefontaine High School where he was on the Debate Team.  He worked for the former Super Foods Services in Bellefontaine and enjoyed fishing, golfing and working on cars with his brothers, Rocky and Dean.

Pastor Abraham Kenner will officiate a celebration of life service Saturday, October 12, 2019 at 1:00 p.m. at the Christ Temple Church in Bellefontaine.

To order memorial trees or send flowers to the family in memory of Douglas E. Whetsel, please visit our flower store.