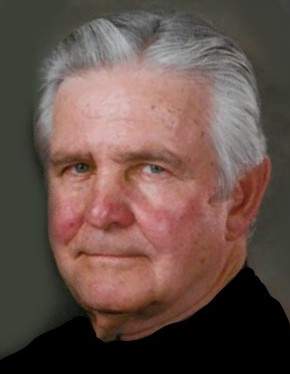 Gerald was born on May 21, 1933, in Portsmouth, Ohio, a son of the late Charles Gilbert Munn and Alma Jane (Shaffer) Munn.  He was also preceded in death by his brother Richard Munn, sisters Madalyn Brown and Joann Castle, sister-in-law Marilyn Munn and brother-in-law Ray Brown.

Dr. Munn spent his younger years in Ashland, Kentucky, where his family moved when he was three.  He graduated from Ashland High School in 1951 and enlisted in the U.S. Navy.  He served during the Korean War as an airplane mechanic and turret gunner on a Neptune P2V Patrol Bomber.  His tour included the islands of Kwajalein, Okinawa, and Formosa.  Upon his honorable discharge, he returned to Kentucky and enrolled at the University of Kentucky in pre-med. While also employed, he graduated in three years.

Dr. Munn attended medical school at the University of Louisville, graduating in 1963 with an M.D. degree.  His internship was completed at St. Elizabeth Hospital in Dayton in 1964.   Upon completion of his internship, Dr. Munn and his family moved to Bellefontaine and began practice in Dr. John Traul’s former office.  He practiced there for several years until building an office on East Columbus Ave.  While in private practice, Dr. Munn was on the staff of Mary Rutan Hospital where he assisted in surgeries, rotated in the emergency rooms, and served a term as Chief of Staff.  He practiced in Bellefontaine from 1964 – 1975.

At that time, he moved to Columbus, joining the staff at St. Anthony Hospital (now OSU East) as the House Physician.  While there, he began a specialty in emergency medicine, becoming a member of The American Academy of Emergency Physicians.  This specialty took him to Bethesda Hospital in Zanesville, Ohio, and to Karl Road Urgent Care in Columbus.  During his time at the urgent care center, Dr. Munn joined the staff of Riverside Methodist Hospital.  He remained there until his retirement from medical practice in 1995.

Dr. Munn was a member of The First United Methodist Church in Bellefontaine, where he served on several committees.  While serving on the Missions Committee, he made a trip to an orphanage in Romania.  He was also a member of the Gideons for twelve years, the American Legion, and the East Liberty Masonic Lodge #247.  Dr. Munn enjoyed hiking, canoeing, jogging, hang gliding, and bicycling – once bicycling from Ohio to Florida.

A private family graveside service will be held in Bellefontaine Cemetery.

To order memorial trees or send flowers to the family in memory of Dr. Gerald Edward Munn, M.D., please visit our flower store.