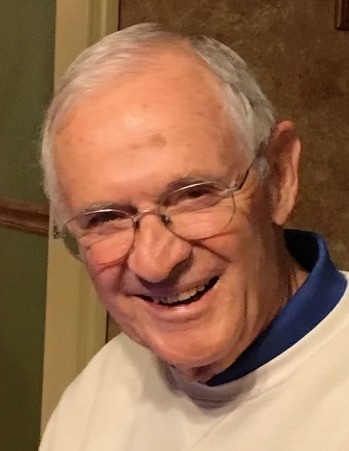 Dr. Graber was born in Leo, Indiana August 23, 1931, to the late Benjamin and Anna (Liechty) Graber.  He married Roberta Mae Schertz December 22, 1957, in Fisher, Illinois and she preceded him in death September 15, 2007.  He was also preceded in death by three brothers, four sisters, and a step-son-in-law, John Thomas.

Dr. Graber was an elementary teacher for several years in Indiana and also on the Navajo reservation in Arizona before going to medical school.  He was a founding doctor at Oak Hill Medical and the Cardiology Associates at Mary Rutan Hospital.  Dr. Graber was active in the community as a member of West Liberty – Salem school board for many years and completed sports physicals for their athletes.  He faithfully attended local football and basketball games over his lifetime.  He was a member of the Bethel Mennonite Church in West Liberty and the local Gideon chapter, as well as serving on Mercy Ship missions several times.

Dr. Graber participated in research identifying cardiac genetic disorders while he was an Assistant Professor at The Ohio State University.  In his spare time, he enjoyed golfing and had five hole-in-ones to his credit.  At the age of 90, he was routinely playing golf and scoring below his age!  He founded with Dr. Dodson, the West Liberty fastpitch softball team “Paradox.”  Dr. Graber also enjoyed spending time gardening, walking in nature, looking at trees – taking care of the health of the whole person.  A published author, he wrote “The Making of A Physician: This Is My Calling.”   Dr. Graber was a godly man, with a gentle disposition and caring heart.

Friends may call Saturday, November 27, 2021, from 2 to 5 p.m. at the Eichholtz Daring & Sanford Funeral Home & Cremation Center in Bellefontaine.  Due to Covid concerns, a private funeral will be held Sunday, November 28, 2021, at 9:30 a.m. at the Bethel Mennonite Church in West Liberty.  If you wish to view the service, please search YouTube for “Dr. Harry Graber Memorial Service” which will livestream after 9 a.m. on Sunday.

A private burial will be at the Fairview Cemetery in West Liberty.

The staff of the Eichholtz Daring & Sanford Funeral Home & Cremation Center in Bellefontaine is honored to serve the Graber family.

To order memorial trees or send flowers to the family in memory of Dr. Harry L. Graber, please visit our flower store.