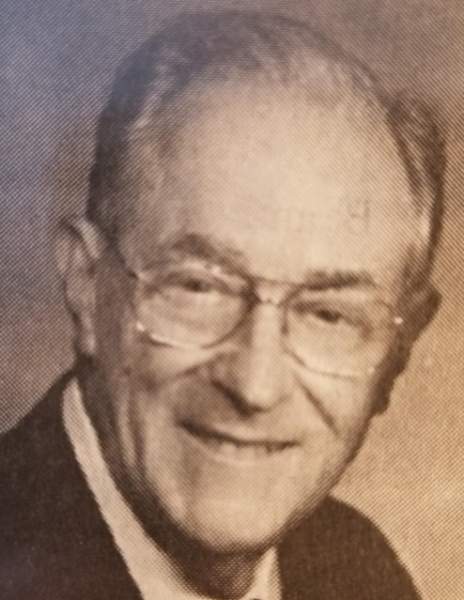 Dr. Richard W. Stang, 93, of Bellefontaine, Ohio passed away Aug. 9, 2020 at The Homestead at Logan Acres surrounded by his family.

Richard graduated in 1945 from Bellefontaine High School. A World War II veteran, he served in Italy with the 117th/74th AGF Band.  He received his degree in optometry from Ohio State University in 1951, and began his practice of 49 years in Bellefontaine the same year. Richard received an advanced degree in optometry in 1976. He was a clinic instructor at the Ohio State College of Optometry from 1975 to 1990.

In the 1960s, he participated in several Presbyterian Church health fairs in the Appalachian Mountains.

Since 1982, Richard participated in 21 eyecare missions — accompanied by his wife Mary Elizabeth on 20 of them — with the Volunteer Optometric Service for Humanity. The pair went on missions to Honduras, El Salvador, Nicarauga, Guatemela, Mexico, Venezuela, Tanzania, Ukraine, Poland and Romania.

Richard was a lifetime member of the First Lutheran Church of Bellefontaine, serving on the church council at various times. He served on the board of Lutheran Community Services and had been its president.  He also chaired the organ renovation committee for his church. Richard was on the board of directors for both the Hamma School Theology at Wittenberg University and the Synod of Ohio for the United Lutheran Church.

He served as organist — both as regular and a substitute — for several Logan County churches including First Lutheran. He also participated in the choir and bell choir.

Richard was a long-time member of the Bellefontaine Rotary Club, serving as its president in 1989. He played oboe for the West Central Ohio Community Concert Band Band, of which is was a charter member.

There will be a private graveside service Wednesday at Bellefontaine Cemetery. The family plans to hold a public memorial service in Bellefontaine in 2021. In lieu of flowers, the family asks that donations be made to the charity of your choice.

The staff of the Eichholtz Daring & Sanford Funeral Home & Cremation Center in Bellefontaine is honored to serve the Stang family.

To order memorial trees or send flowers to the family in memory of Dr. Richard W. Stang, please visit our flower store.