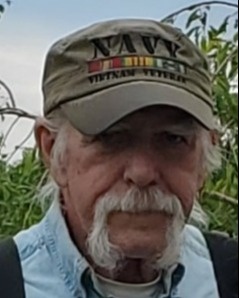 A U.S. Navy Vietnam veteran it was his passion to honor all branches of service and that devotion led to his involvement in countless endeavors to ensure that no comrade was left behind.

The list would be endless if we accounted for  everything Denny donated time or money to.

For those who truly knew Denny Brown, you knew what he stood for and knew he bled red, white, and blue.

He loved God, his family, and his country. If it had anything to do with Veterans, he was involved. Memorial Day and Veteran’s Day is where he shined. He placed countless flags on the graves of our fallen comrades. He arranged the ceremonies and the speakers for the Memorial Day services at the DeGraff and Quincy cemeteries every year. He marched in countless parades carrying the American flag proudly. He spearheaded the development and implementation of the veteran memorials at the DeGraff and Quincy cemeteries. He participated in many Veteran’s Day assemblies at Riverside Local school in which he tried to always instill pride, honor and respect for the American flag and all service members past and present. Denny coached fast pitch girl softball with his daughter Tara for many years. He was active in the Greater Sidney Area Emmaus. He and his family offered free Thanksgiving meals at the legion every year and helped at the turkey raffles at the legion and God only knows how much chicken and fish that man fried!

He loved the outdoors, hunting and fishing and his dogs. He was a lifetime member of the American Legion, the VFW, and the NRA. He took great pride in so many things and when  Denny believed in something he did not back down. He believed in staying local for goods and services. He was always willing to pay more, often when he shouldn’t, to keep his money in his community.

Denny was a self-employed painter for most of his adult life. If it weren't your house or business, he painted then you knew of someone who used Denny Brown Painting.

Denny touched so many people over his life that there is no way we could remember everything. If you have a memory of a time Denny touched your life, please share with his family.

DARING & SANFORD FUNERAL HOME, DEGRAFF is honored to serve the Brown family and encourages anyone to share a fond memory or message of condolence at www.edsfh.com.

To order memorial trees or send flowers to the family in memory of Duane Dennis "Denny" Brown, please visit our flower store.