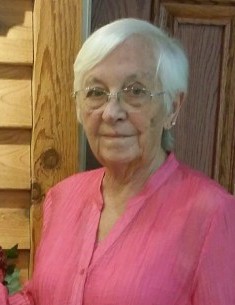 She was born in Quincy, Ohio May 26, 1933, to the late Howard Charles and Georgia Gertrude (Meranda) Dodson. She was also preceded in death by her loving dog, “Sweet Pea” .

Ann graduated from Quincy High School in 1949. In 1967, she worked as a bookkeeper for Cook Implement. Ann continued her education by earning her LPN license from Clark State in 1971, and worked at Mary Rutan Hospital and Green Hills. She and Leonard had owned and operated the Riverside and Oakdale Camps. She was a member of the Calvary Baptist Church and served on the Gideon International Auxiliary. Ann also loved performing Puppet Ministry with children, being outdoors, flea markets, NASCAR and Shadybowl Speedway.

Per Ann’s request, a private service will be held by the family.

Burial will be at the Greenwood-Union Cemetery in DeGraff, Ohio.

To order memorial trees or send flowers to the family in memory of Elizabeth Ann Cook, please visit our flower store.
Send a Sympathy Card