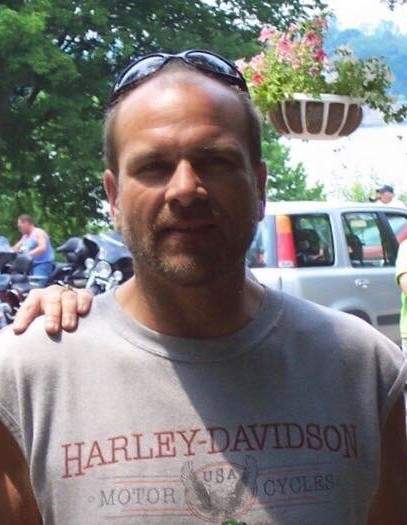 He was born in Winchester, Indiana April 10, 1962, a son of Alma Lena (Miller) Allen and the late George Washington Allen. He was also preceded in death by a brother-in-law, Tony Gross.

The family would like to express their sincere appreciation to Universal Home Health & Hospice, Bobbi Allen, Brent Abshear, and Adam Shoffner.

Kevin had worked as a Maintenance Lead at Plastipak Packaging for twenty five years. An avid motorcycle rider, he enjoyed shooting ranges and watching John Wayne western movies. Everyone that knew him enjoyed his jokes and laughter. Kevin most especially enjoyed the time he spent with his grandkids. They were his pride and joy. Kevin was truly one of a kind.

A Celebration of Life Dinner will be held from 12 noon to 4:00 p.m. Saturday, February 15, 2020 at the Newport Sportsman’s Club in Fort Loramie, Ohio.

To order memorial trees or send flowers to the family in memory of Eric Kevin Allen, please visit our flower store.