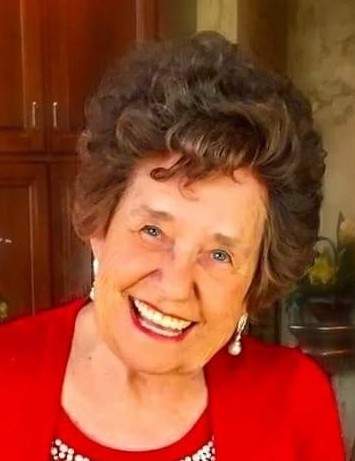 Evelyn Beard Snapp, a resident of Sarasota, Florida and Huntsville, Ohio passed on to heaven peacefully at her home in Huntsville Wednesday, December 9, 2020.

Evelyn was born July 23, 1934, to Lavern and Nettie Beard. She shared a life-long love story with Richard “Dick” Snapp who preceded her in death. Evelyn was also preceded in death by a daughter, Linda Kimble, a son, Doug Snapp and a brother, Gene Beard.

Evelyn and Dick were married April 15, 1953. Evelyn would often recount her waiting for her beloved Dick to return from the Air Force while she worked at the grocery store in Belle Center. Later in life she resided on the beautiful crystal sands of Siesta Key.

Evelyn will be most remembered for her kind heart, contagious laughter, beautiful smile and love of her family and friends.

Reverend Bryan Meadows will be conducting a private celebration of life for the family.

The staff of the Eichholtz Daring & Sanford Funeral Home & Cremation Center in Bellefontaine is honored to serve the Snapp family.

To order memorial trees or send flowers to the family in memory of Evelyn Snapp, please visit our flower store.