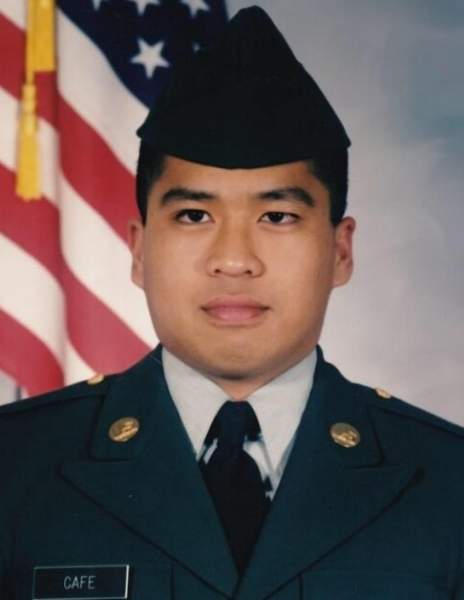 He was born January 14, 1974, in Davao City, Philippines, a son of Elizabeth Barcelona (Abueg) Café and the late Goldelini Gonzales Café.

As a first generation American, Paul was a devoted Patriot.  A United States Army Veteran, Paul served as a field medic from 1992 to 1998.  Paul was proud to serve at the Stony Creek Church as a member of the ministry and evangelism committee alongside men who became his dearest friends, who claim that his only flaw was being a dedicated Oakland Raider fan despite their efforts to convert him.

He was a devoted paparazzi to his daughters’ interests.  He willingly climbed dangerous scaffolding at local ball games and to the top tiers at Liberty University to get the best shots of his young ladies.  No four women on the planet has more video footage to look back on than his daughters.  He was crazy about his ladies.

Visitation will be held from 4 to 5 p.m. Wednesday, October 20, 2021, at the Daring & Sanford Funeral Home in DeGraff, Ohio where the funeral service will be held at 5 p.m.

The staff of the Daring & Sanford Funeral Home in DeGraff is honored to serve the Café family.

To order memorial trees or send flowers to the family in memory of Francis Paul Abueg Café, please visit our flower store.