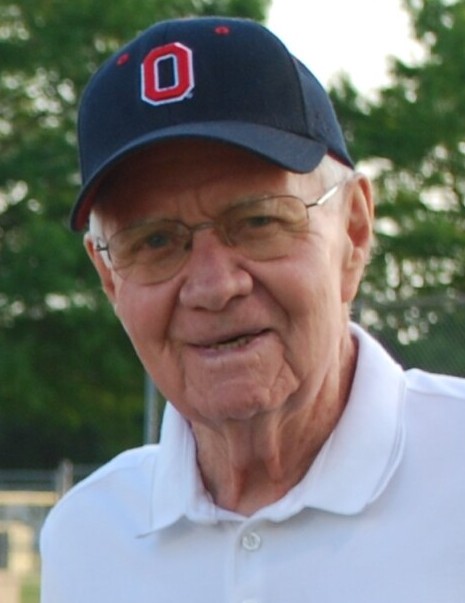 He attended grammar school at St. Patrick’s school and graduated from Bellefontaine High School.  Following graduation, Frank served in the United States Army Air Force and World War II. Upon honorable discharge, he began a seventy one year employment with H.G. Short, MacGillivray Motors and later Anderson Ford, where he served as the Parts Department Manager.

Frank was a devoted Catholic and member of the St. Patrick Church where he was also a member of the Knights of Columbus.  He was an avid Ohio State Buckeye and Cincinnati Reds fan and enjoyed bowling and golfing. He loved traveling to see his kids and grandchildren. He was a devoted husband, father and grandfather.

Father Shawn Landenwitch will celebrate a Mass of Christian Burial Tuesday, June 30, 2020 at 12:30 p.m. at the St. Patrick Church in Bellefontaine.  Visitation will proceed the funeral mass from 10:00 a.m. to 12:00 p.m. at the Eichholtz Daring & Sanford Funeral Home & Cremation Center in Bellefontaine.  The Logan County Veteran Honor Guard will provide military rites for Frank following the service at the church.

If attending, the family asks that you be symptom-free and please consider wearing a mask.

Burial will be at the New Philadelphia cemetery in West Liberty, Ohio on a later date.

The staff of the Eichholtz Daring & Sanford Funeral Home & Cremation Center in Bellefontaine is honored to serve the O’Rielley family.

To order memorial trees or send flowers to the family in memory of Frank Davis O'Rielley, please visit our flower store.
Send a Sympathy Card