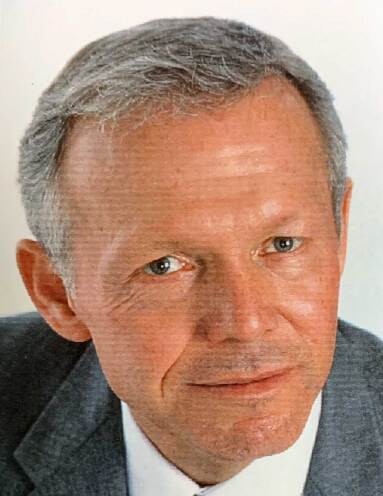 Gary L. Reeder, formerly of DeGraff, Ohio passed away in the evening Sunday, May 31, 2020 at home in Kettering, Ohio surrounded by his family.

Gary was born in Sidney, Ohio March 10, 1939, to the late Ernest and Wilda (Hance) Reeder.  He was preceded in death by his parents and by his brother, Charles Reeder.

After graduating from DeGraff High School in 1957, Gary attended and graduated from Miami University and the Cincinnati College of Mortuary Science. He returned to DeGraff where he was active in many community organizations as well as a member of the DeGraff United Methodist Church in which he served on various committees.

Gary carried on his family business in DeGraff as the operator of the Reeder and Son Funeral Home.  In addition, he operated an ambulance service for the town for nearly a decade. He later served as the Executive Vice President of the Peoples Building and Loan.  Gary retired as an engineering coordinator at Honda of America in 2001 and continued to serve his community through various part-time work during retirement. He was a member of the Scottish Rite Valley of Dayton as well as Past Master and fifty-year plus member of the Free & Accepted Masons Boggs Lodge 292 F & AM in DeGraff.

Gary was a fan of Ohio State as well as the Cincinnati Reds – the latter, for which he was considered as a walk-on for the major league baseball team before turning down the offer in order to support his family at home in DeGraff.

He greatly enjoyed spending time with his family, attending to all manner of creative projects at home and watching sports.

As a child, Gary had always wished his hometown of DeGraff had a park.  As an adult, and President of the Chamber of Commerce, he established a park fund and was it's first donor.  After helping with various fundraisers, Gary negotiated the purchase of land on the North end of town from the Ellis family.  Gary designed the first layout and with other friends and colleagues, established the park.  He later helped turn the grounds over to the Village of DeGraff which has since added to and improved the park.  This was a childhood dream come true for Gary.

Gary was a continuous source of guidance, integrity and wisdom for his family. He left a positive impression on everyone he met. The world is a better place having had the benefit of Gary Reeder’s care and concern for eighty one years.

Burial will be held at a later date at the Cedar Point Cemetery in Pasco, Ohio.

The family would like to express their sincere appreciation to Hospice of Dayton for the love and care shown to Gary.   It is asked that any memorial donations be made in memory of Gary to the DeGraff Park Fund  107 S. Main Street. DeGraff, Ohio 43318 or the DeGraff United Methodist Church 1839 County Road 24 S. DeGraff, Ohio 43318

To order memorial trees or send flowers to the family in memory of Gary L. Reeder, please visit our flower store.
Send a Sympathy Card