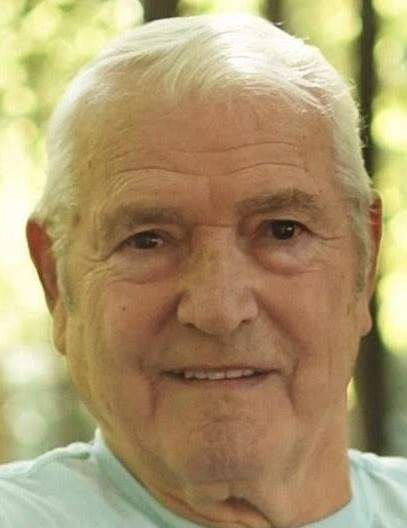 George E. Nixon, D.O. passed away Thursday, October 8, 2020 at his residence in Estero, Florida. Dr. Nixon had been a resident of Estero for the past sixteen years coming from Bellefontaine, Ohio.

He was born December 6, 1929, in Blairsville, Pennsylvania, a son of the late George B. and Elinor Milmay (née Munshower) Nixon. He was preceded in death by his parents and a daughter, Debra Lynn.

George was a Veteran of the Korean Conflict having served as a corpsman in the United Sates Navy from 1950 through 1954. He did his undergraduate studies at the University of Pittsburgh and received his doctorate degree from the Philadelphia College of Osteopathic Medicine. He was invited to visit Bellefontaine where he joined Dr. John Morrow in his busy family practice. Dr. Nixon practiced Family Medicine from 1963 to the closing of his office practice in 1997. Taking care of many Logan County families and particularly delivering babies, brought him great joy. After retiring, he continued to work part-time at the newly opened clinic at Mary Rutan Hospital until 2004, when he moved to Florida.

The funeral service for Dr. Nixon will be held Saturday, October 17, 2020 at 1:00 p.m. at the Eichholtz Daring and Sanford Funeral Home & Cremation Center in Bellefontaine. His family will receive friends at the funeral home from 12:00 noon until the time of service.

Burial will follow the funeral service at the Bellefontaine Cemetery.

Due to the current pandemic order, please be symptom free, practice social distancing and consider wearing a mask.

The staff of the Eichholtz Daring & Sanford Funeral Home & Cremation Center in Bellefontaine is honored to serve the Nixon family.

To order memorial trees or send flowers to the family in memory of George E. Nixon D.O., please visit our flower store.