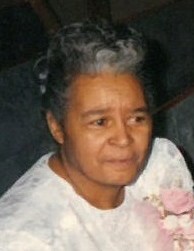 Geraldine was born in Mechanicsburg, Ohio July 23, 1932, to the late William Edgar and Glendora (Dolby) Sanders.  She married Milton Roger Mitchell November 11, 1950 in Richmond, Indiana, and he preceded her in death February 19, 2005.  She was also preceded in death by a son, Philip Mitchell; a granddaughter, Leslie Mitchell; a sister, Naomi Jackson and a brother, Raymond Sanders.

Geraldine was a founding member of Christ Our King Church in Bellefontaine.

A private graveside service was held for Geraldine at the Bellefontaine Cemetery.

The arrangements were handled by the staff of the Eichholtz Daring & Sanford Funeral Home & Cremation Center in Bellefontaine.

To order memorial trees or send flowers to the family in memory of Geraldine E. Mitchell, please visit our flower store.
Send a Sympathy Card