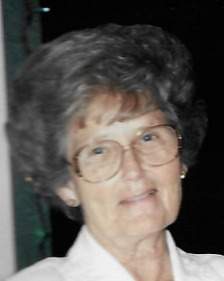 Gertrude was born at home in Maplewood, Ohio, on September 21, 1923, to the late Joseph Myron and Ruth (Glick) Davis.  She married Orville Lester Faler on June 3, 1940, and he preceded her in death in 1972.  She was also preceded in death by a son Lyle Faler, Sr., son-in-law Richard Cowan, a great-granddaughter Grace Patricia Faler, a sister Ruby Griewe, and a brother Eugene Davis.

A hard-working farmer’s wife, Gertrude worked 26 years as a seamstress at Holloway Sportswear in Jackson Center.  She was a lifelong member of Emmanuel Lutheran Church in Montra, where she was a Sunday school teacher, member of the Altar Guild, and King’s Daughters.  Gertrude was also a 4-H Leader and member of the Homemaker’s Club.

As the matriarch of the 63 family members, Gertrude believed that success is measured by the number of people who love you – and she was loved by many.

Pastor David Sanders will officiate Gertrude’s funeral service on Tuesday, September 13, 2022, at Emmanuel Lutheran Church, Montra, at 11am.  Friends may call at the church one hour prior to the funeral from 10am-11am.  Burial will be in Glen Cemetery, Port Jefferson.

Gertrude was a strong believer in education and memorial contributions may be given in her memory toward college expenses for her grandchildren or great-grandchildren.

The family would like to extend a special thank you to the staff at Campbell Place and ProMedica Hospice for the excellent care their mother received.

To order memorial trees or send flowers to the family in memory of Gertrude Joan Faler Clinehens, please visit our flower store.