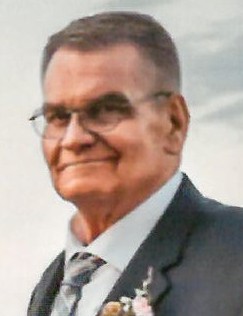 He was born July 1, 1955 in Bellefontaine, a son of the late Byron and Donna (Tuttle) Ball. He was also was preceded in death by a brother, Byron Ball Jr.

He is survived by his two daughters, Megan (Sean) Garton of Eaton, Ohio and Kelly (Joey) Schwartz of Kenton, Ohio; four grandchildren, Noah Turner, Annie Garton, Kaleb Linebaugh, and Grady Schwartz; a brother, Steve (Peg) Ball of Dayton, Ohio; a sister, Sue Ball of Tennessee; several nieces and nephews and the mother of his children, Joyce Ball of Bellefontaine who was the love of his life.  His grandchildren were his world and he could always be found getting in trouble with them.  He always said, “If I could have had my grandkids first, I would have never had kids!”

Greg graduated from Bellefontaine High School in 1974 and after high school, began his career at D.A.B. working there for ten years.  From 1988 to 1998, he owned and operated Greg’s BP Gas Station in Bellefontaine.  You could always find police officers, deputy sheriffs and business owners and friends gathered there.  He later worked as Parts Manager for Mid-Ohio Harley-Davidson in Bellefontaine and Springfield.  He had such a passion for motorcycles and loved riding around town on his scarlet and grey Fatboy.  He retired from Mid-Ohio Harley-Davidson in 2018 and enjoyed his retirement to the fullest.  He loved catching up with the “guys” by going out to dinner every week.

Greg was an avid sports fan and his favorite teams included The Ohio State Buckeyes and the Cincinnati Bengals.  If you ever watched a game with him, you had to make sure you had ear plugs because he would get loud.  You would have guessed he had a direct line to the quarterback or something.  We have lost an amazing father, brother, and grandfather far too soon and he will be truly missed by all!

Visitation will be held from 1 to 3 p.m. prior to the funeral service at the funeral home. Following the funeral service there will be a procession led by a motorcycle motorcade. If you are able to join with your motorcycle, the family would encourage you to do so.  Due to the COVID-19 situation, the family asks that you be symptom free and to please wear a mask if attending.  The family asks that you dress casually and consider wearing your favorite Buckeye or Bengals gear.

The staff of the Eichholtz Daring & Sanford Funeral Home & Cremation Center is honored to serve the Ball family.

To order memorial trees or send flowers to the family in memory of Gregory Dean Ball, please visit our flower store.
Send a Sympathy Card