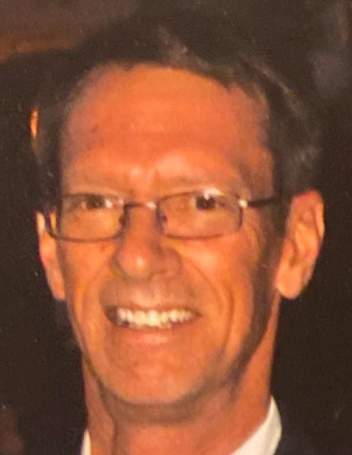 Gregory Ray Barton, 63, of Bellefontaine, Ohio passed away Saturday afternoon November 7th, 2020 in his home, surrounded by family after a long hard-fought battle with Lymphoma.

He was born August 22nd, 1957, the youngest of three children to Kress and Donna Barton, still surviving.

In addition to his parents, he is survived by his loving wife, Robin, his three adult children and their spouses, (Maribeth and Tyler Sublette of Scottsdale, Arizona), (Christopher and Hillary Barton of Durango, Colorado), (Katie Barton of Scottsdale, Arizona), four grandchildren (Layla and Harrison Sublette and Arlo and Jillian Barton), four step-children (Bianca, Justin, Erin, and Heather), eight step-grandchildren, his brother (Kretty and Cindy), sister (Jane and Steve), seven nephews (Jason, Nathan, Kress, Andrew, David, Matthew, and Daniel) beloved niece, Allison, their families, many great nieces and nephews, his best friend Jerry Beach, along with many other true and loyal friends.

He is proceeded in death by nephew Jonathan Barton.

Greg was a graduate of the 1975 Class of Bellefontaine High School. He loved basketball, track and cross country and his close group of friends.

He went on to graduate from Miami of Ohio with a Bachelor’s Degree in Finance. In college, he bought his treasured steel frame road bike. For the past forty years, he has ridden the same bike (in his high-top black Converse), refusing to upgrade his frame, pedals, or basically anything other than his seat.

After a short stint with a first job out of college, he began working at Automotive Testing Laboratories in East Liberty. He enjoyed writing proposals and learning about research. After a few years, he was promoted to manager of the ATL plant in South Bend, Indiana. Five years later, he started the lab in Phoenix, Arizona.

He spent the majority of his career as CEO of ATL. His employees, like everyone who knew him, revered him for his fairness, moral compass, and work ethic.

Though he led the business with intense commitment, the greatest work of his life was raising his three children, Maribeth (33), Christopher (31), and Katie (28). He was the most phenomenal father; always present, always leading by example, and always full of pride. It was the honor of our lives to have a father so committed to raising us kids with the values so deeply instilled in him as a child.

In 2008, after coming home to Bellefontaine for nephew Nathan’s wedding, Greg reconnected with high school friend Robin. They married in 2012.  Robin was a loyal, faithful, dedicated wife to Greg. She cared deeply for him in sickness and health. Under her care, Greg never missed an appointment, was always well-fed, and deeply loved. Robin not only cared beautifully for Greg through his battles with cancer, but gracefully allowed him space to maintain his independence until the end.

After his youngest child graduated from high school in Arizona, he moved back to Hilliard, Ohio. After working at Target, he found a job he loved at Allied Mineral. Being back in a lab, working on research brought him an incredible amount of joy and pride. Our family will forever be indebted to the leadership at Allied who have so graciously supported our father through his battles with cancer.

Everyone who knew Greg is a better person because of it.

In his honor, please spend time in the sunshine, ride a bike and feel the wind in your hair, get out from behind a screen and pick up a book instead, get your annual skin check, and spend true, quality time with the people you love.

Due to current pandemic orders, please be symptom-free, practice social distancing and please wear a mask.

The staff of the Eichholtz Daring & Sanford Funeral Home & Cremation Center in Bellefontaine is honored to serve the Barton family.

To order memorial trees or send flowers to the family in memory of Gregory Ray Barton, please visit our flower store.