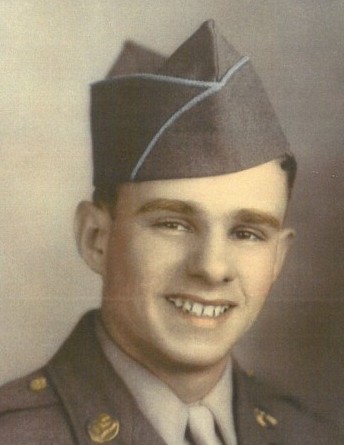 He was born in Logansville, Ohio August 21, 1927, to the late Harley and Mary (Van Meter) Kress.  On June 1, 1952, he married the love of his life, Barbara “Jene” (Miller) Kress and after sixty four years of marriage, she passed away June 8, 2016. Along with his parents and wife, Gene was also preceded in death by a granddaughter, Tricia James.

Gene was a graduate of Bellefontaine High School and after graduation enlisted in United States Army Air Corp at the end of WWII. When the Army Air Corp split, Gene chose the Air Force and was stationed at Hickman Field in Honolulu, Hawaii for his eighteen month tour. Once he returned home, Gene began working at his uncle’s gas stations. With his uncle’s backing, Gene acquired a gas station at the corner of Columbus Avenue and Madriver Street in Bellefontaine where he successfully operated for the next forty two years.

Gene was a member of the First United Methodist Church in Bellefontaine and also a member of the Republican Party. He was a strong patriot who married the love of his life and started a wonderful family that is still growing today. All who knew and loved Gene will miss him.

Ashley Sloan of the Huntsville United Methodist Church will lead a private graveside service at a later date.

To order memorial trees or send flowers to the family in memory of Harley "Gene" E. Kress, please visit our flower store.
Send a Sympathy Card