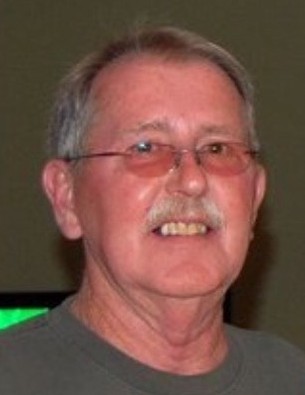 He was born in Logan County Ohio February 7, 1941, the son of the late Lowell and Vera (Clay) McIntosh.  He was also preceded in death by a son, Robert “House” Rittenhouse and a sister and brother-in-law, Betty and Joe Fitzpatrick.

Sonny owned and operated Custom Canvas at Indian Lake for fifty years where his reputation for quality work and honesty expanded far beyond his own community.  He was a Master Mason belonging to the Indian Lake #722 Masonic Lodge.  He loved the simple things in life—gardening, woodworking, sitting around a fire with family and friends and sharing his life stories.  A very special time for Sonny was on the 4th of July, when he watched the fireworks with family and friends in the comfort of his own peaceful back yard.  He was kind, generous, loving and hard-working and demonstrated these values to his children and grandchildren daily.  All who knew Sonny loved and respected him.

Pastor Kevin Smith will officiate a private memorial service for the family and will be held in his honor at the United Methodist Church in Belle Center.

Memorial contributions made to the Robert Harrison Rittenhouse Memorial Scholarship Fund which would be greatly appreciated by Sonny and his family and sent c/o Security National Bank  40 North Limestone  Springfield, Ohio 45502

The staff of the Eichholtz Daring & Sanford Funeral Home in Belle Center is honored to serve the McIntosh family.

To order memorial trees or send flowers to the family in memory of Howard E. "Sonny" McIntosh, please visit our flower store.
Send a Sympathy Card